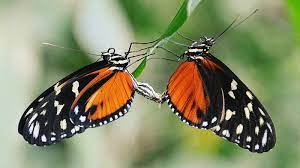 Evolution of the Brain: Fixed, Growth and Evolutionary Mindset

Science shows that the human brain is evolving, and the more evolved brain shows a higher capacity for emotional connection, growth, adaption, and altruism.

Evolutionary Mindset – the growth mindset is a powerful concept, but it’s not enough.

The evolving mindset begins with a true quest for knowledge. This quest awakes the inner curiosity that each of us has inside. We’re ready to look inward, evolve ourselves as a person, and do the hard work that it takes to be a true contributor to the greater good.

Where am I creating problems through my behaviors? Where are my emotional states creating disturbances for other people? Is it possible that I am the problem? How am I not stepping up and taking full responsibility for my behavior? These are some examples of hard questions people with an Evolutionary Mindset ask themselves.

An entity with an evolutionary purpose operates in the wider context to focus on contributing to the greater good.

“Every living entity is an adaptive environment and is in constant flux between growth and contraction and this is in relation to other living entities that surround it. The same rules, based on the science of evolution, apply to every living entity...” learn more dayedigital.com/adaptive-environment